Updates to Nicki's profile since your last visit are highlighted in yellow. 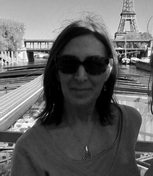 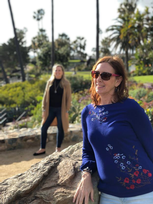 Went back to Pittsburgh, PA where I was born after graduation to attend the University of Pittsburgh. Met my husband Tom, had three children, started a couple of businesses with him, sold some, closed one, moved to Phoenixville, PA, in 1996, where we built the home where Tom died. After I sold it, I moved to San Diego, CA, and tried to regroup. In 2000, I moved in with my aunt in Huntington Beach for 4.5 years, took classes at a local college, but stopped to relocate to Pittsburgh with my mom who was diagnosed with Alzheimer's Disease. After a few months, the doctors advised me she needed to be placed in a home...it was the most heartwrenching thing to do to her...has since passed away. I moved back to CA, but moved to a condo I bought back in 1999, in West Los Angeles. In the meantime, I had joined a large church in Lake Forest, CA and served on several mission trips...two to Louisiana after the hurricanes (very sad) and one to Ruhuhua, Rwanda, 12 years after the genocide. That trip was spiritually amazing...I could definitely sympathize with the widows there, but their stories were much more painful to listen to...I just could not imagine their horror. I now help when I can financially to send other missionaries to the country. My transitions throughout the years has been challenging, constantly moving it seems...but it has made me the person I am today for which I can only thank God through His son Jesus for my life today and forever. I now live in South Carolina...my children have children...7 grandchildren who bring such joy

I moved to Bethel, CT from Huntington Beach, CA in 1970...it was the hardest move I ever made. A senior in a very small school was very different from the school in CA where there were 1000 in our class. I made a few friends, but Susie Campbell is probably the only one I am in touch with today, and it seems it was her initative...thanks Susie...I worked at Dolans in my senior year and ended up at Friendly's every day after work along with some of my classmates. I remember having a party one night at my parents home and it seemed as though everyone in Bethel found out and in the morning you could see their footprints in the snow of those who had been there! Funny thing, my dad slept through the whole thing! That senior year flew by...

Love to listen to christian music, and sing along, lead small group teacher/leader for spiritual insight, reading, spending time with my children and grandchildren

Comment
What are some of the more "unique" places you have visited?

Have a great day! Happy Birthday